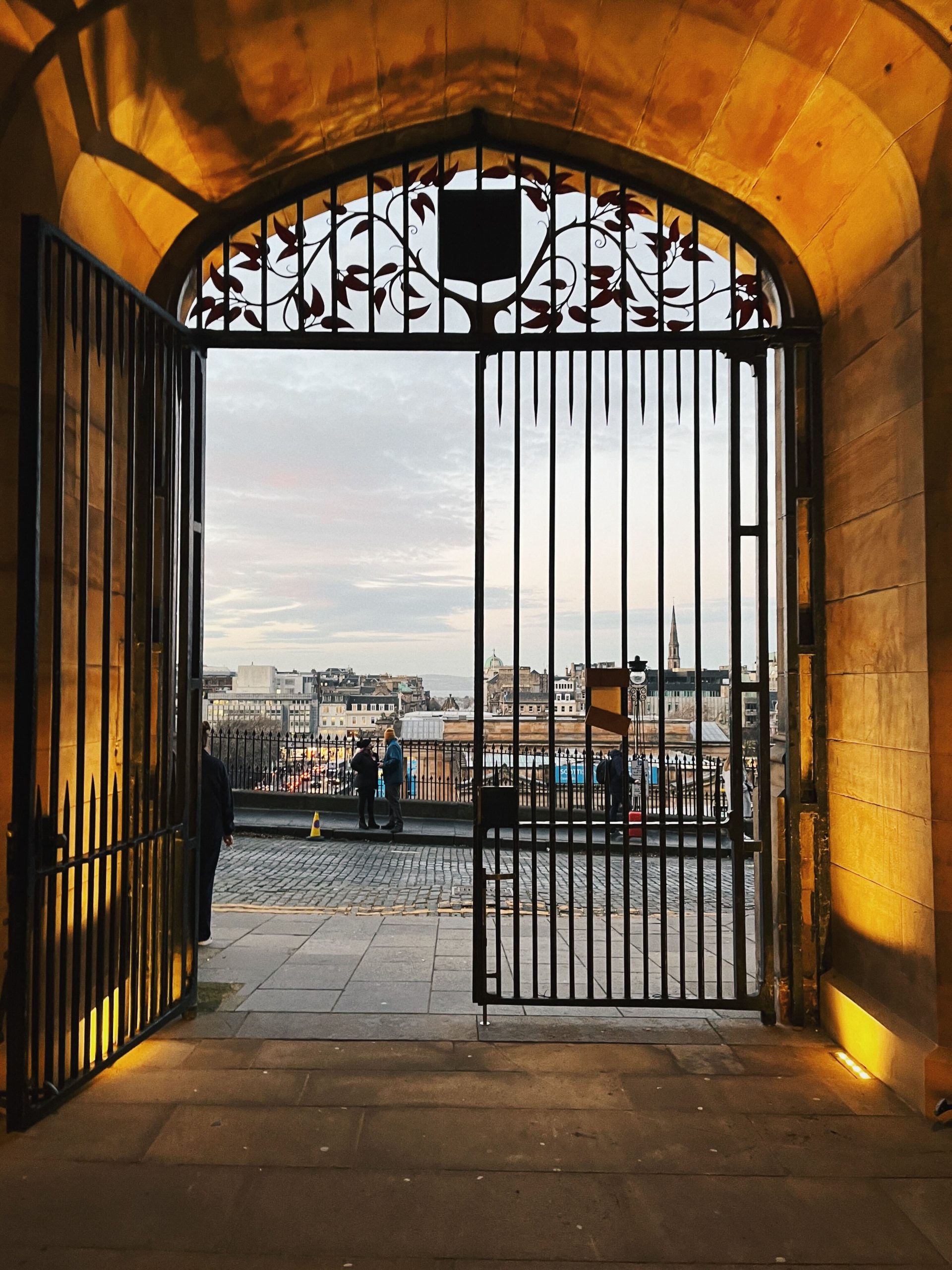 By Abigail ArthursonSeptember 16, 2022No Comments

A week ago yesterday, the world changed when Her Majesty Queen Elizabeth II passed away at Balmoral. There has been little else in the news, and these last few days’ have been filled with processions, tributes, funeral plans and pictures of mourners as they queued for hours in order to pay their respects to a remarkable woman.

I was one of those many mourners in Edinburgh on Monday – the Muddy Pearl office is just a stone’s throw away from The Meadows, where the line had already started to form on Sunday night. At my desk, I was near enough to hear the gun salute as it resounded from the castle. But even if it hadn’t been so conveniently close, this was not an opportunity that I was going to miss. As I joined the throng of people in the early evening, there were plenty who had come from further afield. I was standing behind a couple from Newcastle and beside a man from the Isle of Arran; all three had come to Edinburgh for one last farewell to the only monarch that they had ever known on the throne. And the broad demographic of those in attendance – young and old, families and individuals, male and female, ardent royalists and the odd republican – felt like a testimony to just how universally respected our sovereign was. The whole event had a definite sense of ‘occasion’, and we settled in for the long-haul … as the late summer light faded, we followed the guides in high-vis jackets into the Old Town, where we were met with portaloos, food vans and some aspiring entrepreneurs selling snacks, blankets and camping chairs, which added to the overall camaraderie. I was pretty lucky, as I only had to wait in line for about 4 hours. Friends of mine waited for at least double that time, and there are rumours in of 14+ hour queues in the capital, where the coffin is now lying in state. We shuffled a long at a snail’s-pace, but any gripes about the cold and aching feet were gone once we were ushered through security and rounded the corner of the Royal Mile. The magnificent façade of St Giles came into view and silence descended on the crowd I was with. We slid into single file as we approached the cathedral.

It felt rather like a pilgrimage, in every sense of the word, especially as I entered the church. The Queen’s casket was guarded by a company of archers, draped in a flag, the crown of Scotland resting at the head. Everyone responded in their own way; some bowed, some placed hands on hearts; others simply filed past, all their focus on the coffin that concealed the Queen. Glorious, gracious, and now gone. 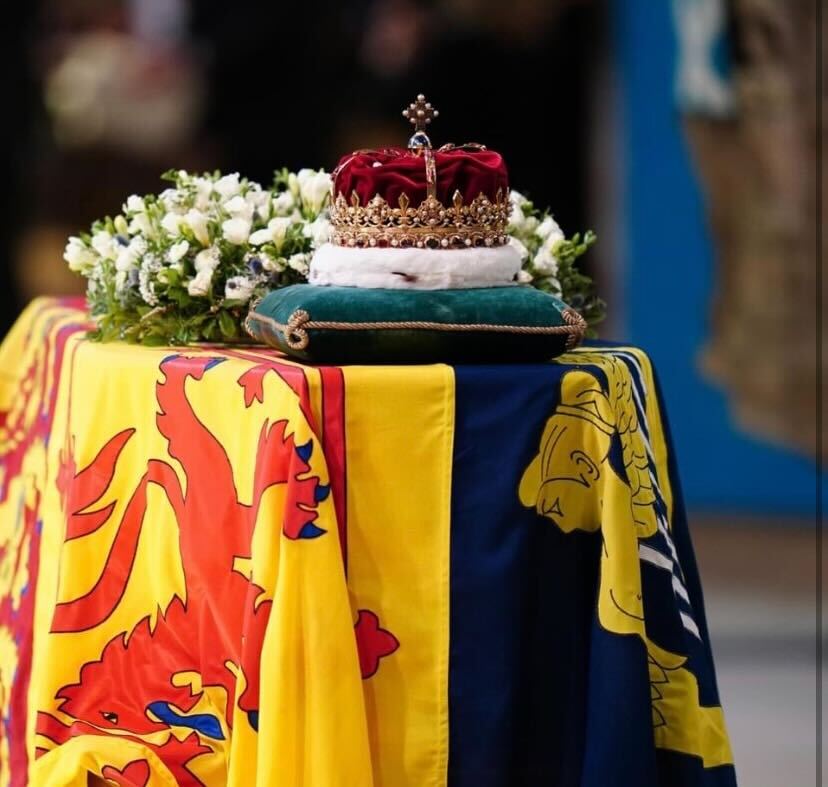 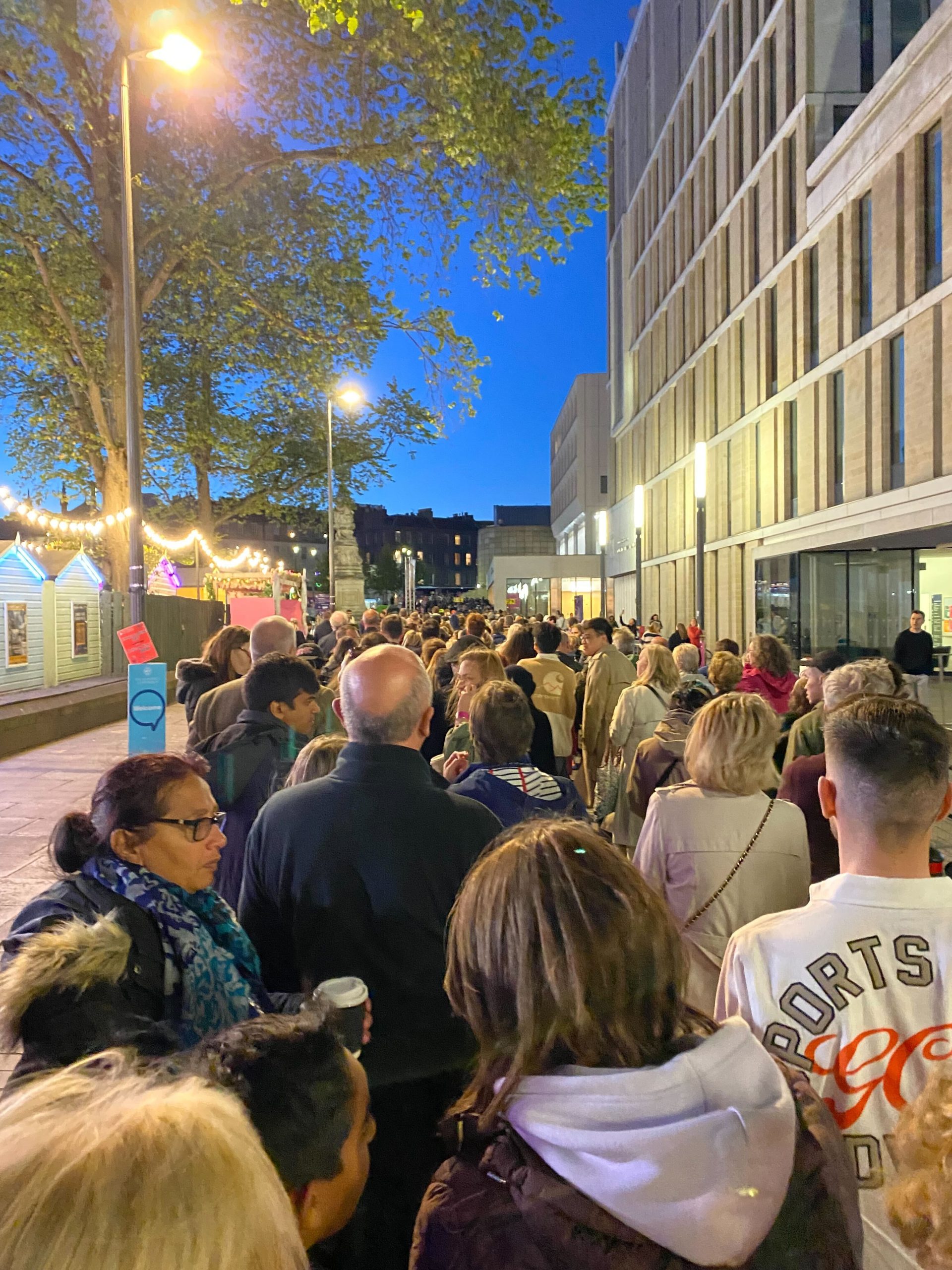 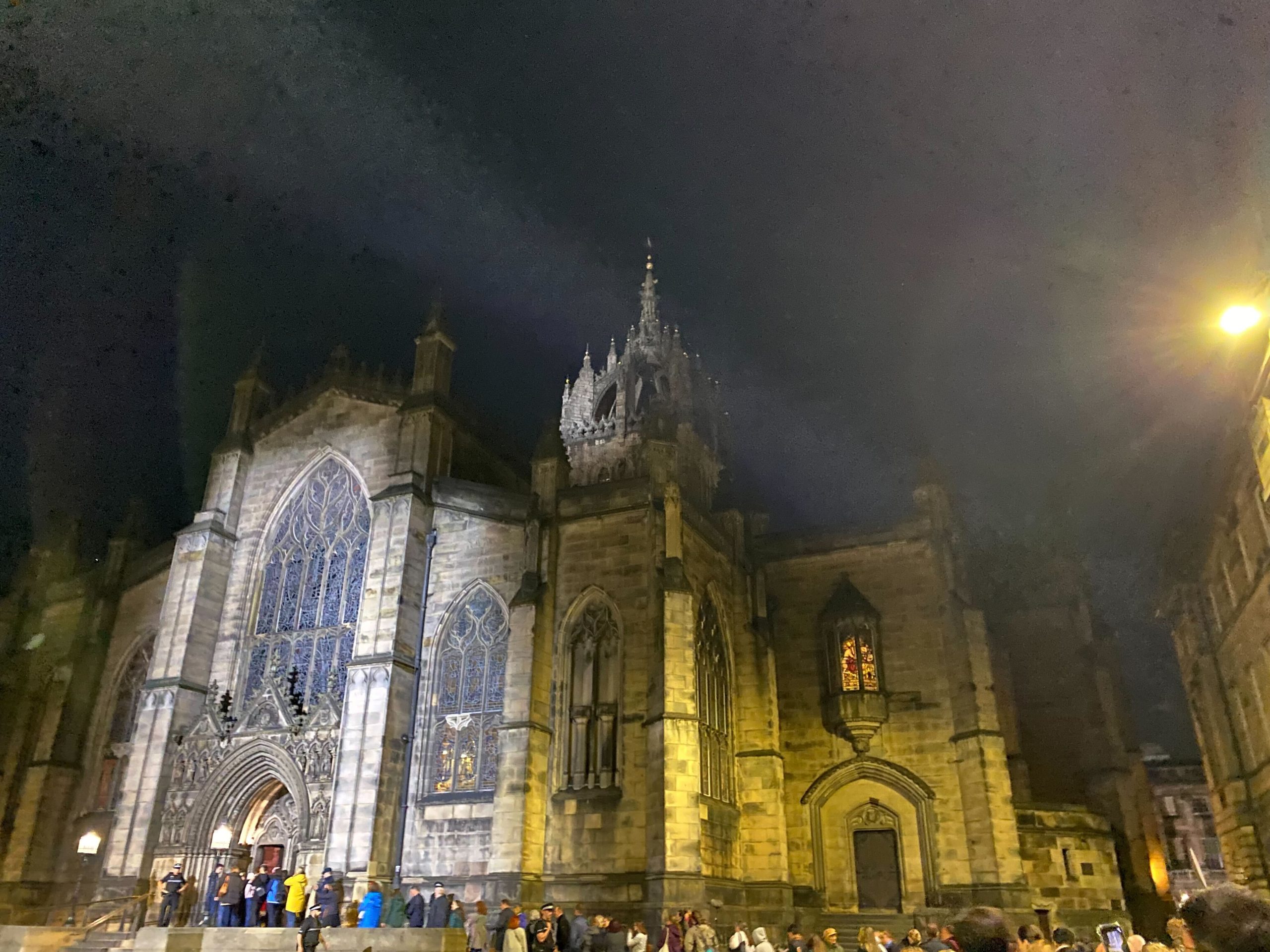 When I decided that I would go and pay my respects to Elizabeth II, I was very conscious of what privilege it was to be part of that procession. Had she died in England, many in Scotland would have missed the opportunity to say such a goodbye. And I wanted to say goodbye, not just for me, but also on behalf of my granny, who we lost a couple of years ago. Granny Betty loved the Queen and was a staunch supporter of the royal family (she always felt a strong affinity with Queen Elizabeth – they shared a first name and she often told me about the time she assumed the coronation celebrations on 2nd June 1953 were actually in honour of her seventh birthday that same day). And from personal knowledge of my granny and my general impression of the Queen, I believe that they both also shared the same servant-hearted nature, and the deep faith the permeated each and every action.

The Queen’s faith has made headlines before, and is something brilliantly described in Mark Greene’s tribute: Elizabeth, beacon of grace. He beautifully encapsulates the essence of Elizabeth’s Christian ethos and commitment to our country.

‘There’s certainly no doubt about the identity of the King our Queen served. Nor is there any doubt that the prayer that her people have so often prayed (perhaps without realising that it was a prayer) was answered. God saved our Queen. Our Queen was ‘gracious’ and ‘noble’ and ‘victorious’ in the things that really matter – hope and faith in Christ, love of God and of the people she’s been empowered to serve.’

During her habitual Christmas broadcast in 2000, The Queen herself described the beliefs that shaped her life of service:

‘For me the teachings of Christ and my own personal accountability before God provide a framework in which I try to lead my life. I, like so many of you, have drawn great comfort in difficult times from Christ’s words and example.’

She is now with Christ, and her Heavenly Father. To quote from another speech made by the Queen, we will meet again. This is in reference to the wartime song made famous by Vera Lynn, encapsulating the spirit of a nation under siege and expressing a sentiment that was revitalised when the Queen addressed us all during lockdown. I think that this sentiment is just as true now as it was then. We will meet again – don’t know where, don’t know when – but we can share Her Majesty’s faith and be assured that while this is farewell, it is not forever.

To read more of Mark Greene’s obituary for Queen Elizabeth, follow this link.