Chris and Denise Arthey
Rated 5.00 out of 5 based on 12 customer ratings
(12 customer reviews)

With an honesty that is both raw and vulnerable, the Artheys take us on their unique journey of hope against all odds, explaining how they rebuilt their lives, ‘step by step’, after their accident. Leaning on the support of their family and friends, and above all their faith, the Artheys returned to their vocations, and Chris has taken in marathons and triathlons, Mount Kilimanjaro and Everest Base Camp, and a master’s degree along the way. More than a compelling story of survival, Highway 35 is an account of astounding personal strength and fighting spirit, of depth and integrity of relationship and uncompromising faith in the face of the most difficult of challenges.

Motorcycle road trips across the United States were a lifelong dream, and now, with children grown up and a new work posting to Texas, it finally seemed within reach for Chris and Denise Arthey. But only a few hours down the road, on an arrow-straight stretch of Highway 35, devastation struck. A drunk driver veered across the carriageway and their Harley-Davidson was involved in a head-on collision. One medic commented after the air ambulances lifted off that “the motorcyclists may not make it”.

The Artheys did “make it”, and then some. Both lost their left leg above the knee, and Chris suffered serious head and internal injuries, but their survival was remarkable.

Even more remarkable is the story of their recovery. As Chris and Denise learned to cope with pain and a new reality, they simply refused to become physically held back, or to be frozen in anger and regret. They have gone on to lead extraordinarily full lives; returning to their vocations and taking another overseas posting to the Middle East before building new roles as ambassadors in the prosthetics industry. Chris has taken on marathons and triathlons, Mount Kilimanjaro, Everest Base Camp and a master’s degree along the way.

With an honesty that is both raw and vulnerable, the Artheys take us on their unique journey of hope against all odds, explaining how they rebuilt their lives, ‘step by step’, after their accident.

More than a compelling story of survival, Highway 35 is an account of astounding personal strength and fighting spirit, of depth and integrity of relationship and uncompromising faith in the face of the most difficult of challenges.

“This story will take you on a rollercoaster of emotions. Chris and Denise together faced a sink or swim situation after the most horrifying accident. Many would have simply given up, but this is a story of resilience, fortitude and forgiveness like no other. Prepare to be gripped, moved and inspired.”

Julia StrachanWorld Record Atlantic Rower and Author of 'Row for Freedom: Crossing an Ocean in Search of Hope'

“It is very rare that you see the embodiment of the human spirit and faith in God so powerfully expressed in a story of personal tragedy. I am honored to call Chris and Denise my friends and they are, simply put, an inspiration to everyone that has crossed their path. My hope is that that through this book they can touch many more lives just as they have touched mine.”

“This book is a story of hope, courage, and determination. While most of us will never live through similar physical struggles, many will face huge life challenges and this book will encourage everyone to lean in and trust that one can overcome obstacles, and flourish on the other side. Chris and Denise, thank you for inspiring us all.”

“This is one of the most remarkable stories of physical recovery from devastating injury that I have come across. It is a story of determination, not only to survive the immediate trauma, but to return to life in all its abundance. It is a story of learning to walk again, yes, but also learning to run marathons and climb Kilimanjaro, of setting goals and achieving them. It is a story of choosing to forgive, and to embrace life. And these two individuals, two of the most remarkable people I have come to know, are shining examples of just what is humanly possible with hearts submitted to a God who made us and has faith in us.”

“This account of Chris and Denise’s journey since their devastating accident captures astounding traits of resilience and determination in being human. They have faced insurmountable challenges together as a devoted couple with a firm foundation in their faith, fighting relentlessly for their own mobility and quality of life. They now participate actively in the science and engineering of lower limb prosthesis development for the benefit of others, and this book encapsulates their remarkable story of endurance, belief, and strength of character to never give up.”

“What happened to Chris and Denise Arthey that day in May 2008 is nothing short of miraculous, given the atrocious injuries they sustained. Here they tell their story in amazingly candid detail. They share their struggles as they wrestle with what happened to them on the terrible day; learning to live with a new normal; and how their faith helped them in the desperate hours. This is a truly inspiring and faith-building account of how, though we walk through the valley of the shadow of death, God is always with us.”

“... a remarkable journey of survival, recovery and rehab, love and support based on living life to the fullest. The Artheys share their life and inspirational story in this book.
Gripped from the start, I was astonished with the Artheys’ strength (both physical and mental), lived through their journey, was moved to tears by Chris’ final victim statement in court, and came out of the book feeling extremely grateful for things we take for granted...
The Artheys have written a must-read primer for anyone trying to comprehend lower limb amputations, how much can be achieved with strong wills and love, with the support from modern amputee care and prosthetic technologies.”

“Chris and Denise Arthey are two of the most extraordinary people I know. This book tells their story of finding hope in the midst of tragedy, of forgiveness and a faith that shaped their determination not to be held back by circumstances. It is nothing short of inspirational. Just like them.”

“For anyone with a disability life is often difficult, but this is particularly true if the disability happens later in life. Denise and Chris share their story in an honest and moving way. One of the advantages this couple had was the support and prayers of a local church. The practical and spiritual input from fellow Christians stands out. The Church is a family and this shines through a story of pain and hope.”

“This is a story (beautifully written) of quiet heroism. Encompassing tragedy and despair, resilience and redemption, ‘Highway 35’ is the kind of story that awakens hope in the lives of anyone it touches. Whatever struggles you are facing, I am confident that there is something here for you.”

“A moving and inspiring story of courage, resilience and endurance. In taking us to the scene of the accident, and through their rollercoaster of recovery, Chris and Denise Arthey don’t pull their punches. Their story demonstrates the incredible power of unity in marriage, the strength of family and the power of prayer to transform hopeless situations. This extraordinary account of faith and determination helps put our momentary troubles into perspective, and inspires hope.”

Katharine HillUK Director of Care for the Family

“Highway 35 is a compelling true-life story. It demonstrates how forgiveness, hope and the love of God and close friends and family can transcend the pain and suffering of a life-altering accident. Chris and Denise Arthey give a raw and honest account of their experience of disability and this book is a great read for anyone who needs reminding that God is good and with us in our darkest times, even if it is beyond our understanding.”

Tim WoodCEO, Through the Roof Charity

Foreword by Pete Greig, 24-7 Prayer
Acknowledgements
1. Highway 35
2. First responders
3. Alive on arrival
Miracles still happen
4. Family
5. Texas church family
6. Family gathering
7. Not alone
8. Resurfacing
Working all things together
9. Through the valley, Denise
10. Through the valley, Chris
I know that you’re with me
11. A very different road trip
12. Setbacks
13. Encouragement
14. Fears and doubts
True worth
15. Prayer and project management
16. Going home
Why me? What now?
17. Disabled in an able-bodied world
18. Perseverance and hope
19. Game of marbles
20. New legs
21. The legal maze
22. Return to Highway 35
23. Sentencing trial
24. Restitution
Justice, mercy and grace
25. The long and winding legal road
26. The power of goals
27. The air beneath me
28. Triathlete
29. 26.2 miles – a long way on one leg
Desires of our hearts 220
30. Postscript: What those Artheys did next
Take heart 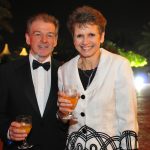 Chris Arthey worked as an engineer and project manager in the oil industry and Denise was a teacher. Following the incident and their remarkable recovery, Chris and Denise returned to their vocations, determined to not let this prevent them from doing what they love. Today, they are ambassadors in the prosthetics industry, helping with testing, training and research. They both lead active lifestyles, with Chris becoming a para-athlete competing in marathons and triathlons, climbing Mount Kilimanjaro and trekking to Everest Base Camp. They are regularly asked to share their story with a wide range of audiences.