More pubs, clubs and bars per square mile than almost anywhere else in Europe. Hundreds of thousands of young people, intent on having the best holiday possible. The beautiful island of Ibiza is often derided for the shocking scenes of excess, violence and incapacity that inevitably result.

24-7 Prayer took up the invitation, God’s call to go to the party island and pray. So Brian and Tracy Heasley went. For seven years, they walked and prayed around the walls of the San Antonio. And most nights, joined by young volunteers, they walked through the town, chatting to clubbers and offering prayer. Thousands said yes. Some knelt, some put their hands together, some shared deep worries and concerns. They helped people home, looked after those in danger of being robbed, and befriended all kinds of people, from bar owners to prostitutes. The familiar T-shirts of 24-7 Ibiza came to be regarded as a fourth emergency service.

Brian and Tracy’s story will inspire you to pray and show God’s love for your own community as you seek to express the gospel in whatever situation he has placed you.

This wee video will give you a flavour of that story.

“God so loved the world that God did not just send words on paper, but Word made flesh. In Jesus, God put skin on and moved into the neighborhood, to live among us. One of the most important ministries in the world is the ministry of presence. Walking alongside, living among, earning the right to speak into people's lives by loving them well – as they are and not as they could be. Sometimes one of the obstacles to Christ has been Christians who have so much to say with our mouths and so little to show of God's love with our lives. Here is the story of a ministry of presence, a ministry of moving in and listening ... It is also a reminder that little Ibiza's are everywhere if we only have eyes to see. Let it invite you to find your own Ibiza.”

Billy KennedyLeader of the Pioneer Network

“Gatecrashing is a story where Brian humbly compels you to love people in the shadow of God's love. At one point in the book I just found myself crying because that heart which Brian talks about for Ibiza – I know that heart. I know the tears that come when God breaks your heart for a land, a place, a people group. Brian draws you to God, to God's heart, and the impact is powerful. Read this book — please read this book — and allow this story to open your heart and inspire you to what might be possible when we take a chance on obedience. Allow it to inspire you to mission fuelled by prayer. For this is a story that calls me to keep chasing after God.”

“Brian demonstrates the importance of prayer, working in some of the most difficult places – and shows how God answers us in the most unexpected and unusual ways, always reaching out for a lost generation. A powerful read...”

“It’s easy to sit on a sofa and critique a decadent, hedonistic culture. There are plenty of books which do that. Or you can swallow your pride, learn the language, meet the people and love them. This raw gem from Brian Heasley tells THAT story.”

Andy FlannaganDirector, Christians on the Left

“Brian is the real deal; full of integrity, kind and committed. This book captures so much of the amazing things God has done in and through him. An inspiration to all.”

“Prayer can be this confusing, mysterious, transforming, terrifying, totally life-altering practice — and yet, so often, my prayer life seems to fall flat. I can't find time to pray, or I find myself bowing my head and saying things like, "Dear God, I'd really like that new pair of jeans." If you're like me, this book will wake up the idea of prayer for you. Brian doesn't just spend these pages telling you why prayer matters. He shows you. With stories. And by the end, you won't only have new ways to pray or new reasons to pray — you'll have a new passion for prayer as well.”

“I got to know Brian and Tracy when they first set up the Ibiza branch of the organisation... one that I'd never heard of till that point. They were out on the street, handing out bits of fruit to workers and tourists. Naturally, I thought it was some kind of PR stunt for a club or bar — so was rather surprised to find out the truth.

As a tourist once put it to me... 'So: groups are just going round talking to people and then picking up drunks and taking them to their hotels or the hospital — and they're not selling anything?'

I've seen them, over the years, carry away hundreds of drunk, confused people and get them cared for. Many of them have been abandoned or become detached from a group of friends and left alone in the street. The majority of them have got themselves into their situation due to the over-indulgence in all that Ibiza has to offer. But there's no questioning or moralising on the part of 24/7... They see someone in trouble — and they're there to help.

I've seen them take abuse at times, get covered in vomit, questioned by the police and not receive a word of thanks from those they help. They've been accused of being a pirate taxi service and drug dealers too — none of which has deterred them from their voluntary duty.

I suppose, in a way, they are PRs — just not for a bar or a nightclub. Brian once told me that the best way they could spread the word of God, and how much he cares for us, was by showing a practical example of this to people.

The group continues, under new leadership, and they'll still be on the street tonight helping those that have over-indulged. The bar owners, police, ambulance staff — and the casualties themselves — owe 24/7 a big debt of thanks.”

A note from Muddy Pearl

Brian is a master of understatement. One meeting, early on, he happened to mention prayer walking. I asked what he meant. He said — it was almost off-hand — that he and Tracy prayer walked around San Antonio roughly twice a week. ‘For how long, I asked?’ ‘All the time we were there,’ he said, simply, as if that was completely normal. ‘Even if Tracy or I were away, each team would do at least one prayer walk.’ At the time I was struggling to find time to prayer walk around our local area — I hadn’t managed it once in six months. For days afterwards I couldn’t get Brian’s words out of my head. Seven years! This is an incredible story of faithful prayer and our Lord’s faithful response — quietly understated, carefully accurate — think about it, savour it, allow it to sink in, and be truly, genuinely inspired …

Be the first to review “Gatecrashing” Cancel reply 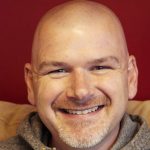 Brian is International Prayer Director of 24-7 Prayer and has been part of the movement since it began. He is a gifted communicator with a passion for prayer, mission and justice. Together, Brian and his wife Tracy pioneered the remarkable work of 24-7 Prayer on the Mediterranean island of Ibiza and lived there with their two teenage sons for seven years. The family now live in Norfolk and are involved in a Christian community there. Brian’s other passions are Liverpool football club, tapas and photography.