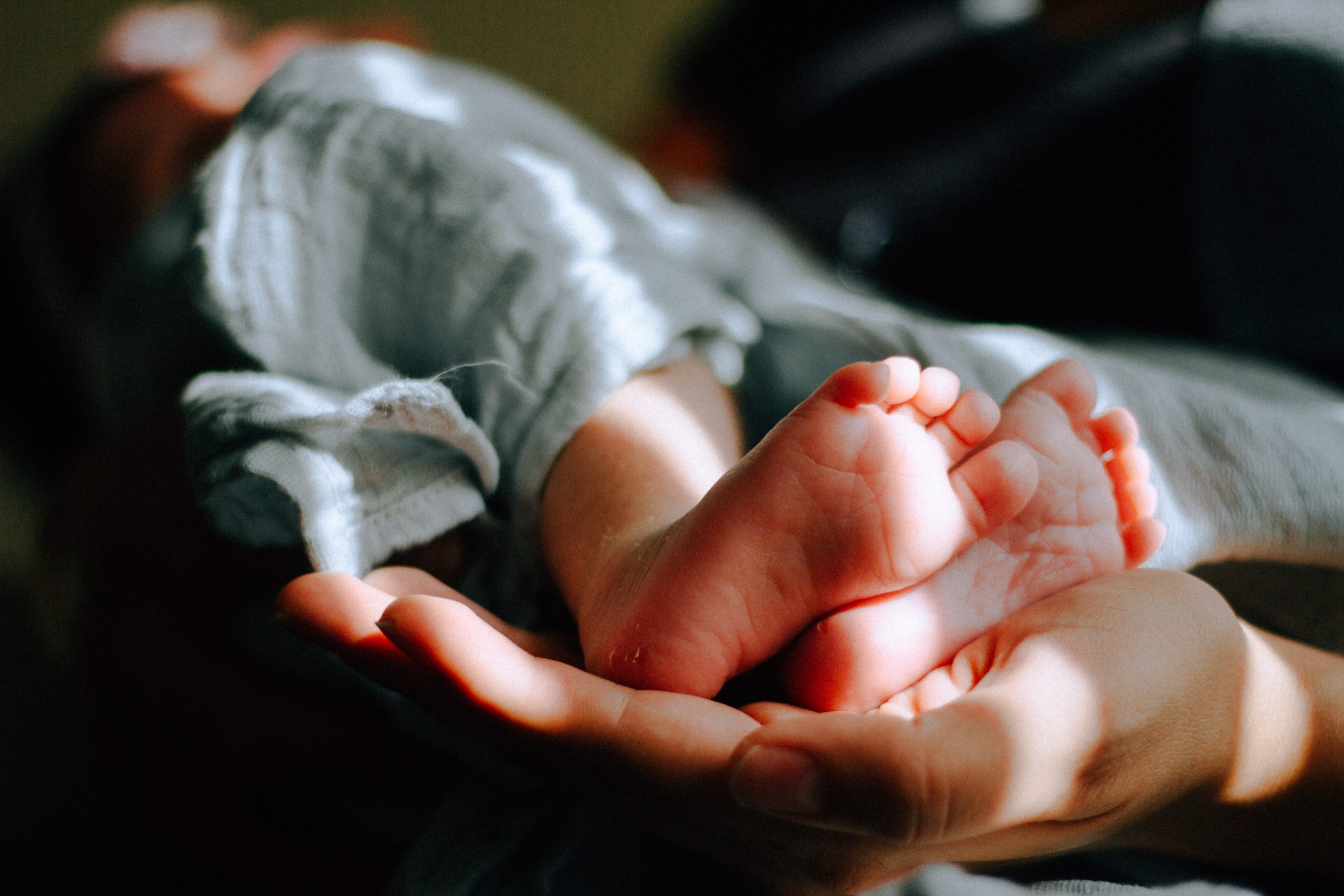 Life Will Never Be The Same Again

Home » Words » Life Will Never Be The Same Again

Today we celebrate Candlemas, one of the important occasions in the narrative of the Gospels, redolent as it is with numbers, and a key milestone on the road. For the Celts, it represented one of the Quarter Days on which rents and other dues are settled. And if you were an Anchoress in medieval times it would mark one of just fifteen occasions during the year when you could take Holy Communion. The point at issue is a simple one. Forty days after giving birth, a mother went with her child and husband to the Temple to receive ritual purification and these are the events of the day that we celebrate from Luke’s Gospel 2:22–40:

When the time came for the purification rites required by the Law of Moses, Joseph and Mary took him to Jerusalem to present him to the Lord (as it is written in the Law of the Lord, “Every firstborn male is to be consecrated to the Lord”) 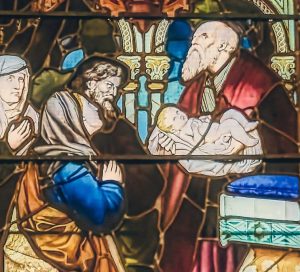 So why is this so special for me this year? A few weeks ago, I had been invited to preach Sunday’s sermon for the Eucharist service. As a Lay Reader in the Church of England, I have had a number of opportunities to preach this sermon over the years, but a couple of small things had so far escaped my notice: the facts recorded haven’t changed but our perceptions do, especially influenced by outside events of the day. God moves in mysterious ways was a favourite saying that came back from my past and, once again, a curious train of events brings me to the invitation to write this blog.

Some years ago, I read a poem written by Mark Greene, until recently the Chief Executive of the London Institute for Contemporary Christianity, who published a collection of Christmas poems under the title Adventure. This poem was simply titled ‘Simeon’; it appeared on one of the regular mailings from LICC. But the book was out of stock on their website for a while. I had a nudge to look again and, in the early part of December, there it was at last: I ordered two copies immediately for Christmas presents, both gratefully received.

Three weeks ago, at the end of a Prayer Group meeting, one of the intercessors mentioned another prayer meeting which had concluded that, in this pandemic, we have not moved into a new season but into a new era: this touched my spirit. My interest was also aroused because I lead a Julian Prayer Meeting and Julian of Norwich lived through not one, but two, episodes of the Black Death.

Curiously, Julian’s writings, the Revelation of Divine Love, contains none of the detail of her ordinary life at all. We know virtually nothing about her beyond the occasional comment from another of the Mystics of her day and what we learn from history books. But we do know that she survived both major waves of The Black Death. That pandemic was held to be responsible for bringing about a seismic shift in the way of life for the whole population, coming as it did in the midst of the longest continuous war that England had ever fought, the 100 Years War. It changed the landscape of the country and the movement of labour: life would never be the same again was the simple outcome.

A Trail Of Dots

I wanted to use Mark’s poem at the end of my sermon and therefore sought permission from the hitherto unknown publishers. Whilst looking at the intriguing website, I found two books of great interest and without appreciating the outcome, promptly put in an order. Muddy Pearl were generous with their permission and that is nearly the end of story because an email the next day produced some detail on one of the books I had ordered, Amazed by Jesus by Simon Ponsonby. Within seconds, I had joined up the trail of dots that had been laid before me: we have a kind God who looks after all our needs. The book arrived in time and I had permission to extract a few words for the sermon.

Of course, for Simeon and Anna, life would never have been the same for either of them. And how they waited. I once tried to work out how old she must have been, having been widowed for eighty-four years. And Simeon’s age? We don’t know but from the brief description we have we can only conclude that we are taking about a very godly man. Life for us, post pandemic, may never be the same again.

Now there was a man in Jerusalem called Simeon, who was righteous and devout. He was waiting for the consolation of Israel, and the Holy Spirit was on him. It had been revealed to him by the Holy Spirit that he would not die before he had seen the Lord’s Messiah. Moved by the Spirit, he went into the temple courts. When the parents brought in the child Jesus to do for him what the custom of the Law required, Simeon took him in his arms and praised God, saying:

“Sovereign Lord, as you have promised,
you may now dismiss your servant in peace.
For my eyes have seen your salvation,
which you have prepared in the sight of all nations:
a light for revelation to the Gentiles,
and the glory of your people Israel.”

Last Sunday’s sermon has been filed away and I am left with Simon Ponsonby’s book as a permanent reminder of an extraordinary train of events. And now I have time enough to read it. The whole of Chapter Five is devoted to a Simeon-eye view of the events of that day, a powerful exegesis of Luke 2, and verses 28 to 31, covering part of the Evening Prayer and Compline canticle, the Nunc Dimittis which has formed a cornerstone of our liturgical life since the fourth century. Simon Ponsonby has woven into the narrative profound theological reflections, a reminder of history and much more, all beautifully written and allowing the author’s heart to shine through the text: this is real relationship with Jesus on display. Pearls of wisdom will be found in every paragraph.

I should end this piece with a few words from the end of the Preface, ‘He Turns Water into Wine’:

Water into wine, and Jesus saved the best wine till last.

Maybe your life feels like you have run out of wine. Or maybe the wine of your life has turned to brackish dishwater. In this book I want to show you that Jesus is there, and Jesus cares, and Jesus can make a difference. He can turn it all around – it’s what he does.

Amen to that, I say. My life will never be the same again: I believe it will be better. 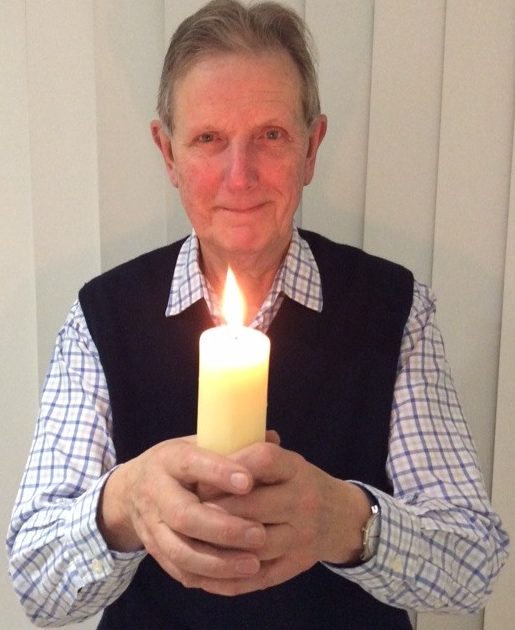 Based in East Sussex, Christo Corfield retired six years ago and Church activity and organic vegetable gardening rushed in to fill the gap left by office life as well as many other neglected projected.  He is married to Rachael who continues to work in the Healing Ministry and has two grown up children and now three grandchildren.  Fifteen years ago, Christo began training as a Lay Reader in the Church of England and serves in the Heathfield Benefice.