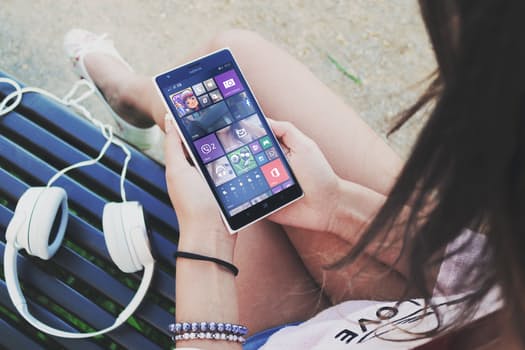 Novelist Charles Reade is famous for this quote: “Sow a thought, reap an action; sow an action, reap a habit; sow a habit, reap a character; sow a character, reap a destiny.”

Habits are powerful. They don’t just describe our day-to-day behaviour: they dictate it. That which is habitual is something we have ceased to think consciously about anymore. In a very real way, you are your habits.

The courses of our lives are seldom determined by a single, exceptional decision. We will all have big decisions to make, and these may have far-reaching impacts: what career we choose, whether we accept a job offer, who we marry, where we live. But who we are, the person we become – this tends to be a complex patchwork of influences, an interplay between the thousands of everyday situations that arise in our lives, whether large or small, and the way we choose to react to them. These decisions can be self-reinforcing. G.H. Charnley’s children’s tale The Skylark’s Bargain tells the story of a skylark who traded his own feathers for worms, until he realised he could no longer fly and was captured by the merchant. Once we set ourselves on a particular course – whether one we later realise was good or bad – it becomes harder to turn it off.

When it comes to communications technology – particularly smartphones and social media – those habits become even more subtle and, well, habitual. These technologies have a way of permeating everything we do. They impact literally every waking hour and every area of life. The evidence isn’t just in the statistics (the average smartphone owner checks their device around 150 times a day; for 80 percent of smartphone owners, that’s one of the very first activities of their day). It’s woven through our daily routines, our interactions, our relationships, our thoughts and prayer life.

There’s a Chinese proverb: if you want a definition of water, don’t ask a fish. And that’s where it gets really tough, because even a habit you’re acutely aware of can be difficult to change. When it flies under the radar, it’s all but impossible. How do you critique something that has become so inseparable from your life that you barely even consciously register it anymore?

There is much that is good about the web, social media, instant messaging and the other technologies we routinely use and take for granted. But there’s also much that is concerning. Technology is always about power: it allows us to do things we would not otherwise be able to do, and that those without it cannot do. And although it offers both good and bad outcomes according to how we use it, we cannot assume that a particular technology in itself is detached from any spiritual consequences. As History of Technology Professor Melvin Kranzberg wrote, ‘Technology is neither good nor bad; nor is it neutral.’ Any technology is implicitly the expression of the spiritual values of its creators and users, and will have spiritual outcomes, intended and unintended.

This is the challenge when we are using the web and social media: to be fully aware of what we’re doing and to discern how that’s affecting us and those around us, as well as our relationship with God. Anyone who has felt or heard their phone buzz and automatically reached for their pocket, regardless of what they’re doing, might have registered that we’re not always fully in control of how we engage with these technologies. Like Pavlov and his dogs, it can be something that takes place just behind conscious thought. It may never have occurred to us that it has consequences for our faith. But the issue of who or what we trust and obey, the authority from which we consciously or unconsciously take our cues in all the decisions we make, is fundamental to every Christian’s walk with God – and until we examine our habits, we may not even know the answer.

There are so many opportunities to use the web and social media for good, in ways that are aligned with our faith. The problem comes in our habits of also using them in harmful ways, which are overlaid on everything else like a patina of Verdigris on an old coin. Strip away what is not supposed to be there and you are left with something beautiful – something that was there all the time, but that was hidden under unwanted and unattractive accretions of corrosion, laid down due to years of neglect. Hence doing the right thing is often a matter of not doing the wrong thing. It’s just that we’re really good at doing the wrong thing.

Digitally Remastered can be purchased by clicking here.