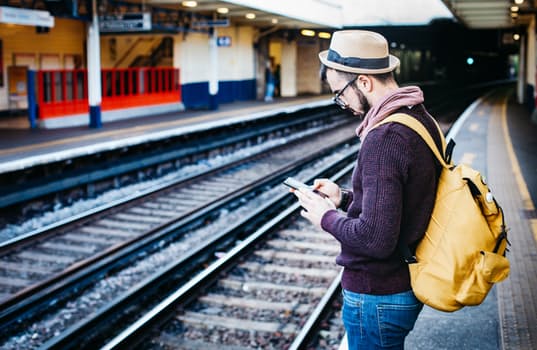 Could you live without your smartphone?

Home » Words » Could you live without your smartphone?

‘If you want a definition of water, don’t ask a fish’, goes the Chinese proverb. We’re so used to the web and our smartphones being part of our lives that we barely question how they affect us any more. A lot of the time, we use them so instinctively and reflexively that we don’t realise we’re doing it at all.

So, much as the idea made me uncomfortable, I thought that if I was supposed to be writing a book about how communications technologies impact our faith and lives, then I’d better turn my smartphone off for a week.I found some good pegs on which to hang the diffuse sense of unease this idea prompted. What if one of the kids is ill? What if someone wants to get in touch urgently? What about finding my way around unfamiliar places? How will I check the bank balance or track my runs? What about reminders? And what will I use for an alarm?

But I was equally aware that since first getting a smartphone in 2012, I hadn’t really unplugged for more than a few hours. Its effects permeate almost every aspect of every waking hour, and not all of them are positive. As the week approached, I found I was looking forward to the idea of turning my phone off and trying to forget about it for a few days.

Unsurprisingly, there were incon­veniences. It took a little longer to receive and reply to e-mails (which it turned out nobody noticed). There was a slight hiccup getting our absurdly stupid and expensive cat to the vet again (he didn’t seem to notice either). As far as I could tell, the world kept turning, and along with the disturbing sense of missing something, like the gap a wobbly tooth finally leaves, there was a sense of relief at being able to limit e-mail and social media updates to when I was in front of my computer – not having them follow me absolutely everywhere. At the end of the week, it was good to get my phone back again, but I was able to enjoy the conveniences it offers with a new sense of perspective about the stresses and other issues it can also bring.

The biggest lesson for me was the realisation that I hadn’t quite been calling the shots. Pulling out a phone and checking updates can easily become an unthinking habit. If the statistics are to be believed, it’s a national epidemic – the average smartphone user checks their phone 150 times a day, or about every six minutes.

From my unplugged week, what concerns me most is not how much I use my phone but why. I use it routinely for work and e-mails, but the rest of the time there is a distinct correlation between periods of boredom or frustration and the temptation to check in with the news, social media and various apps.

This often takes place at the expense of other interactions. For example, my children show an astounding capacity for turning straightforward tasks like putting on their shoes or brushing their teeth into marathons of procrastination. Then there are the short periods of time spent waiting around for various reasons, when I don’t otherwise have anything to do. These are the points at which I look for something to occupy my mind; I have lost all tolerance for boredom.

In fact, I can’t even remember the last time I was bored. I’m definitely not alone in this. You only have to look around you to realise that the smartphone has become the default fix for a lack of stimulation; for any period of time longer than a few seconds. At the bus stop, waiting for a friend, in an advert break (or a less-interesting bit of a programme), in cafés and restaurants, even in church – it’s as if we’re terrified at the prospect of not knowing what to do with ourselves. The smartphone has saved us from the socially awkward situation of being alone and unoccupied.

I wish it was this simple, but I’ve come to the conclusion it’s not. I’ll offer a tentative diagnosis. During my days as a counsellor I was surprised to learn that boredom often isn’t about tedium or a lack of stimulation. When people say they’re bored with a situation, they generally mean they’re frustrated by it. Psychologically, boredom isn’t a passive lack of engagement – it’s suppressed anger, an active dis-engagement from dissatisfactory circumstances.

This suggests that much of the time we’re not getting distracted by the unending stream of contents and updates provided by our phones. We’re using them as a way to distract ourselves from a situation that is irritating or dissatisfactory in some way. (It doesn’t help that boredom is linked to attention failure, something we’re trained for in the multi-tasking age by being fed multiple different streams of content at the same time).

It seems that real life just can’t compete with the instant-gratification culture of the web and entertainment media. Real life invariably features delays at the bus stop, inactive periods of time when someone else is brushing their teeth, and sermons that are less gripping than an episode of Breaking Bad. Facebook and its ilk do not.

Consumer culture has taught us that ‘We’re worth it’ and that we shouldn’t have to put up with anything less than total and immediate satisfaction. We’re told that infinite choice and our right to exercise it will bring fulfilment. Consumer goods, brands, online content of all kinds, ideas and even identities – we can shape our worlds around ourselves. Annoyingly, though, dissatisfaction goes with the territory since there’s no point making new choices if you’re still happy with the old ones. The resulting frustration and anger can be a powerful marketing tool – for more stuff, for the next update, but also for scapegoating and the politics of division, both of which we’ve seen plenty of in recent months. If escapism is a national pastime, then so is its catalyst: anger.

This naturally raises questions for our faith, because that undertone of frustration or anger at anything that doesn’t meet our immediate desires is clearly not going to do our relationship with God, or anyone else, much good. And it suggests that we’re not the ones in charge of our own emotional backdrops. If consumer culture didn’t pull our strings and make us feel dissatisfied, it wouldn’t be doing its job right.

Are we using these technologies to maintain and further our relation­ships of various kinds, human and spiritual, or do they somehow get in the way?

Some of the lessons I initially took away from this unplugged week aren’t rocket science:

• I don’t need new alerts on my phone for every e-mail – I’ll pick them up soon enough anyway.

• For 75% of smartphone owners, the first thing they do in the morning is check their device. Not pray, not say ‘good morning’ to their partner, not collect their thoughts before struggling to get kids into school uniforms and off to school. It’s worth drawing some kind of line in the sand, so I’m not charging my phone by the side of the bed any more.

• I’ll make a renewed effort not to use my phone at the table (I know this one could come back and bite me when the kids are old enough to have their own phones anyway).

Then there are a few that are less obvious, and perhaps more challenging:

• I will learn to resist the urge to check an update as soon as it comes in. I used to laugh at our idiot cat when the sound of biscuits in his dish instantly brought him running, no matter what he was doing. Now I wonder whether he thinks the same of me when my phone buzzes. I will try to make sure updates do not detract from another activity or conversation. (Also, I will try to think better of the cat. People are not consumer commodities and neither is he).

• I’ll focus on one thing at once whenever possible. Habitual multi-tasking sensitises us to distraction, which undermines our ability to relate to people properly since we’re predisposed to tune out at the slightest provocation. It also impacts our prayer life and ability to worship, or listen to a sermon.

• I’ll learn to experience boredom/frustration again. There’s something at stake here that’s far more profound than simply staying engaged while shoelaces are tied and teeth are brushed, as well as resisting the urge to fill unoccupied minutes waiting around with a phone. It’s about experiencing and embracing life in the full range of emotional responses it brings, rather than cutting them short because they don’t live up to some media-fabricated standard of perfection.
Paul writes about having learned the secret of contentment in Philippians 4:10-13 – and he was talking about things far more important than a temporary hiatus in stimulation.

(This article originally appeared in the April 2-17 Woman Alive magazine.)

Guy Brandon is the author of Digitally Remastered: a biblical guide to reclaiming your virtual self 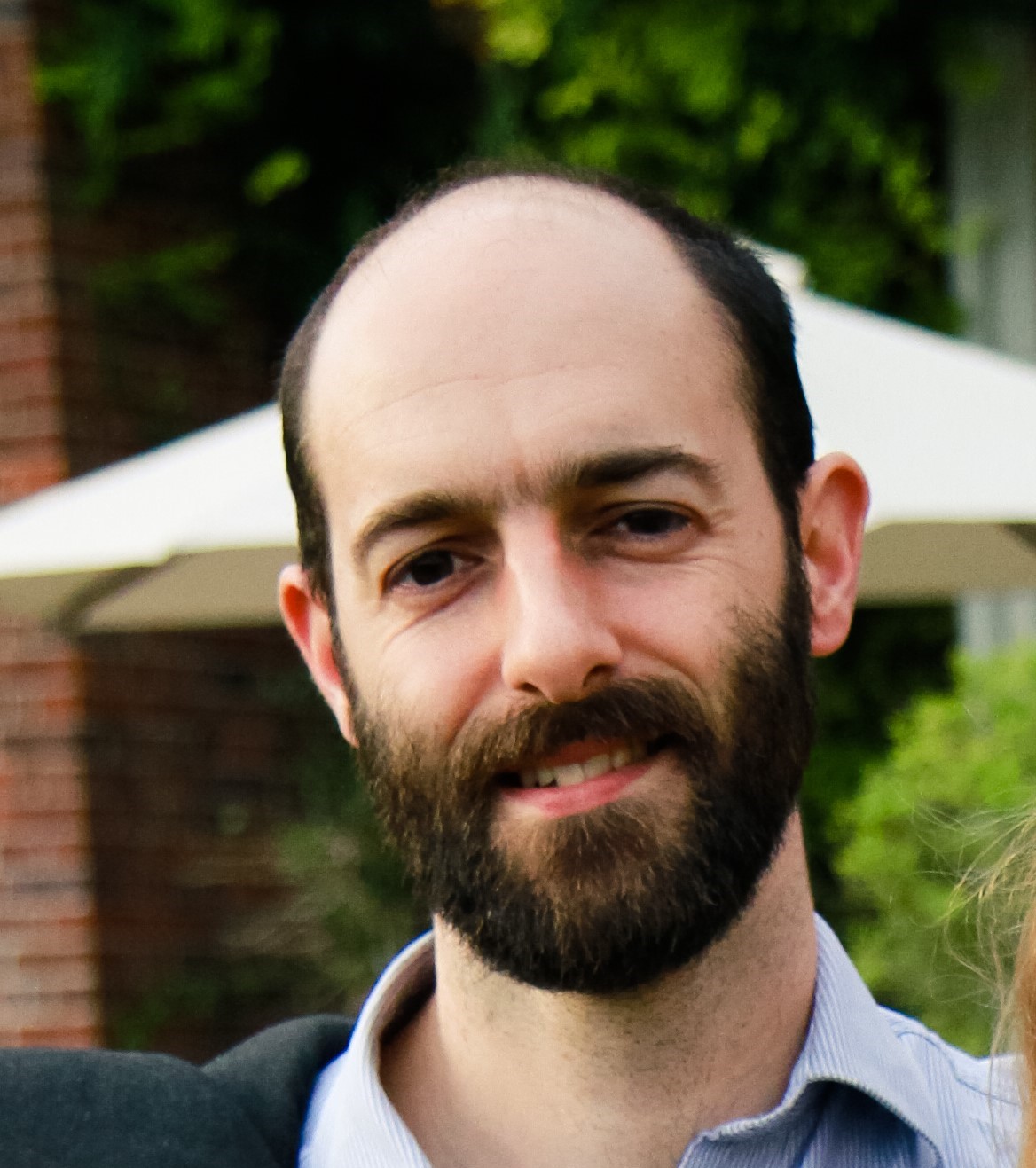 Guy Brandon is the senior researcher for the Jubilee Centre, a Cambridge-based Christian social reform organisation.
He is the author of Digitally Remastered: a biblical guide to reclaiming your virtual self