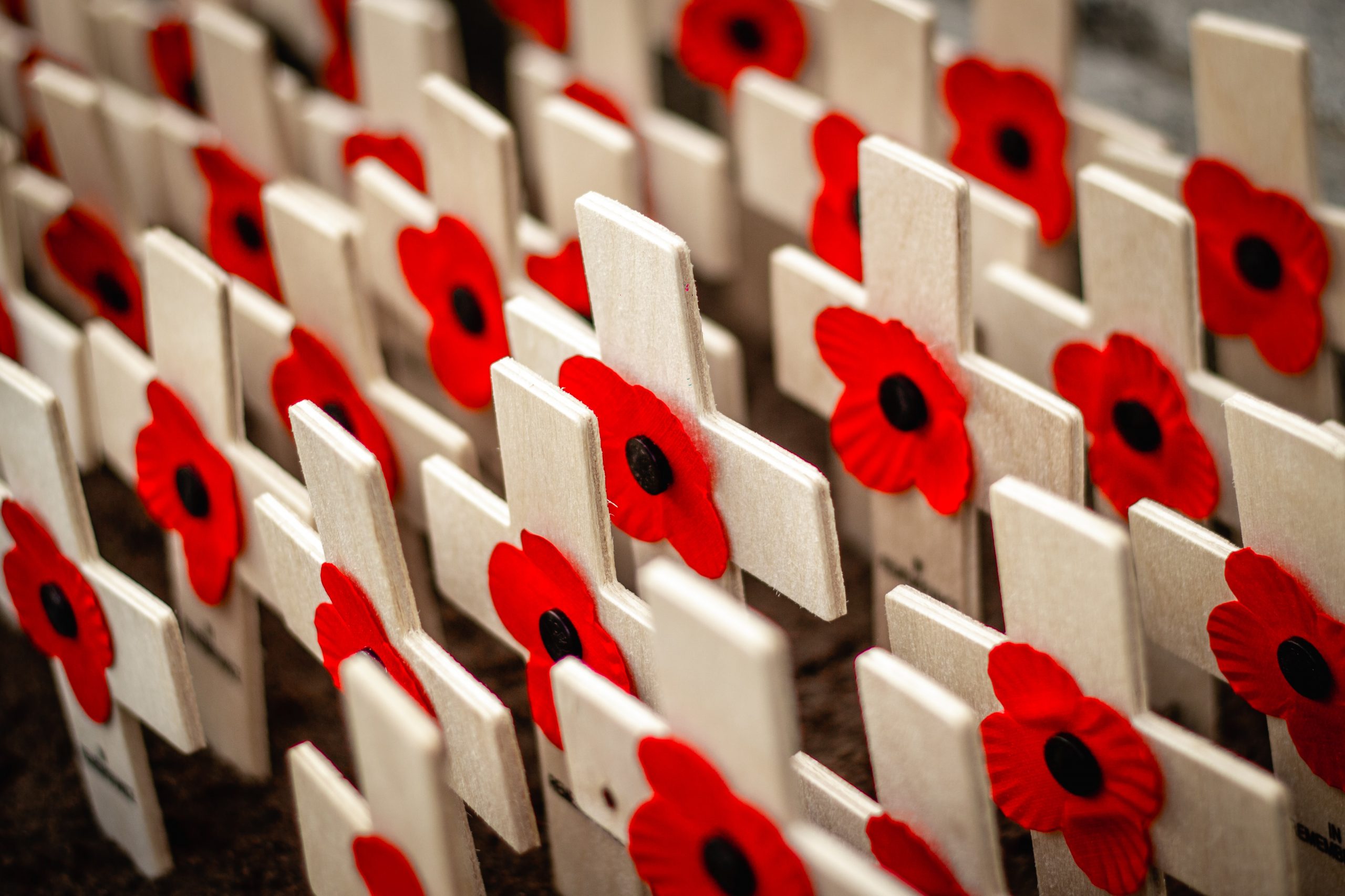 On this Armistice Day, the ceremony of the Centenary of the Burial of the Unknown Warrior in Westminster Abbey, London, is playing on my television in the background as I am writing this, and I sit and think of the other anonymous names from which Time has made us move on.

As The Archibishop of Canterbury The Right Rev Justin Welby addresses the nation, I am stirred by the power of storytelling, and reminded of the need to make ourselves remember and pay tribute to the stories which are passed, and sacrifices which have been made. I want to share an excerpt of the Archbishop’s address:

‘This year sacrifices have been made and are being made by thousands even millions unknown. People have put aside all they hold dear. We may never meet them or read their names. We might not know what they have suffered or given up. They may be anonymous but their actions are glorious. They, too, are seen and known by God, who alone restitches the fabric of a torn and broken world, and does so with the lives who knowingly or not hear his call and respond in love. From their lives comes fruit. From the life of this unknown warrior comes the fruit of remembrance, of hope. In the heat of the present crisis we remember their vessel. When, as we have this year, we face deep uncertainties and difficulties, we do not just look after ourselves; we make a stand for our families, our friends and neighbours, we look out for our loved ones close and far because we know that none of us are safe until all of us are saved.

‘The Grave of the Unknown Warrior sounds the call of sacrifice for every person. Loss immeasurable is laid here. Yet, because of the resurrection of Jesus Christ, there is hope infallible. None live for themselves; none die Unknown. No death is unmarked by God.’

Now, I would like to share an article written by one of our latest authors, Cathy Gohlke, a true story which inspired one of the characters in her historical novel The Medallion. This story moves me beyond words, not least because of the courage and fearlessness displayed, but also because of the sad reality that even stories such as this fade into obscurity when arguably they should be shaping our societies around us. Stories such as this one make Armistice Day and Remembrance Sunday all the more important, to make us confront our past and remember stories, of atrocities which should never be allowed to happen again, but also of hope and sacrifice, not just a hundred years ago but also today, all around us.

‘They may be anonymous but their actions are glorious. They, too, are seen and known by God. From their lives comes the fruit of remembrance, of hope. When we face deep uncertainties and difficulties, we do not just look after ourselves, we look out for our loved ones close and far’

I hope and pray that you can take some hope and blessing from this story, for in my view Armistice Day is a day of hope as much as it is of sorrow. We must remember the stories, for they remind us that we are not alone and we do not live without hope. I love the verses chosen to be engraved on the tombstone, and turn my mind to them now.

May God bless you all today.

She stood four feet, eleven inches tall—a Polish social worker that might easily become lost or overlooked in a crowd. Perhaps that was part of her gift, for during WWII she worked beneath the guns and noses of Nazi guards to help smuggle 2500 Jewish children—many from the Warsaw Ghetto—to safety.

Such daring was not Irena’s first encounter with opposing oppression or helping those in need. During her years in school she protested the cruel treatment of Jewish students only to be rewarded with suspension from her college for three years.
Irena came naturally by her determination to champion the oppressed. Her father, a well-known physician, was the only Gentile doctor in Warsaw to treat impoverished Jewish patients when typhus raged through their community. He knew the risks he ran. It was not surprising, but devastating to his family when he contracted the disease. As he lay dying, Irena asked him why he’d done it—why he’d risked everything.

He replied, “When you see a man drowning you jump in to save him, even if you cannot swim.”

It was a philosophy Irena adopted and practiced all her life.

When Germany occupied Poland Irena did all she could for as long as possible to help her Jewish clients who were forbidden care under increasing Nazi decrees. When Jewish people were forced into the ghetto, she worked with Żegota (the underground Polish Council to Aid Jews) to rescue children, and took them to safe houses where they were given false identities and trained in Polish Catholic practices. The Jewish children were then taken to Polish homes, hospitals, convents, churches and other institutions to remain “hidden in plain view” until the madness of Nazi reign had passed.

Irena recorded the names and addresses of each child on thin tissue paper and hid them in a jar, buried beneath a tree. The jar was only to be opened when safe so that children might be returned to families, or at least be made aware of their Jewish names and heritage.

Irena and members of her network knew the risks they took. If caught, they would be sent to prison for interrogation, then likely sent to concentration camps or executed.

On October 23, 1940, Irena, whose code name was Jolanta, was arrested, and taken to Pawiak prison where she was questioned, beaten and tortured over a period of time. German guards wanted her to give up the names and addresses of ring-leaders in Żegota, but all she gave was the fake information her network had agreed upon. She never betrayed one child.

Her feet broken and arms fractured, Irena was sentenced to be shot. Her death was loudly proclaimed throughout Warsaw, but because Żegota bribed a German guard, Irena was rescued and spirited away in the last moment. Forced into hiding, just as the children she’d saved, Irena continued to work helping children and the families who took them in throughout the war.

Upon liberation of Poland, Irena and others worked tirelessly to see that the Jewish children were returned to extended family or adopted (most of their immediate families had been forced onto trains bound for Treblinka where they were gassed). Two thousand of the children were located. Approximately five hundred were never found. Theories abound as to their whereabouts.
The courage and work of Irena Sendler—and many questions about those five hundred missing children—or one missing child—inspired a large portion of my book, The Medallion.

Poland’s post-WWII government did not look kindly upon those who’d rescued Jewish people during the war. Though she was awarded Righteous Among the Nations by Yad Vashem in 1965, Irena Sendler lived in relative obscurity until four Kansas teens, intent on a history research project resulting in a play, discovered that this extraordinary woman still lived. That 1999 discovery, the students’ communications and travel (with other concerned adults) to Poland to meet and forge a relationship with Irena, led to many performances of the students’ play based on Irena’s life and work, and to the book, Life in a Jar: The Irena Sendler Project, by Jack Meyer.

Late in life Irena said, “After World War II, it seemed that humanity understood something, and nothing like that would happen again. Humanity has understood nothing. Religious, tribal, national wars continue. The world continues to be in a sea of blood. The world can be better if there’s love, tolerance, and humility.”

Irena’s determination and courage reminds me of Shakespeare’s words from A Midsummer Night’s Dream, “Though she be but little, she is fierce.” Thousands live today because of this woman. I thank God for Irena Sendler.

Cathy Gohlke is the author of The Medallion and Secrets She Kept, and is a three-time Christy and two-time Carol and INSPY Award-winning and bestselling author. She writes novels steeped with inspirational lessons, speaking of world and life events through the lens of history and championing the battle against oppression. When not travelling to historic sites for research, she, her husband and their dog, Reilly, divide their time between northern Virginia and the Jersey Shore. READ MORE